The new AutoTools is out!

My goal with Web Screens is to make UI creation based on templates rather than having each and every user creating their own custom layouts.

Myself and other community members create Web Screen Presets which then anyone can use.

If I can get a reasonable amount of Web Screen types in the app then 90% of use cases will be covered, which leaves regular Tasker scene creation for the more edge use cases!

You can check out the full list of Web Screen Types along with demo videos here.

Let’s look at some examples:

List of material designed cards that are full configurable. You can add a navigation drawer and it even supports real time search. 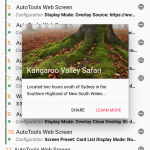 One of the community created presets. Displays a beautiful, interactive card which can be shown as a dialog or floating overlay

Can be used to display progress while doing stuff in the background. Can be used with a bunch of different styles as seen here. 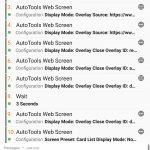 A layout that resembles an Android notification that you can use however you please to display whatever data you want.

A navigation drawer that you can pull out from the left at any time, on any screen, that has configurable items with icons and labels. 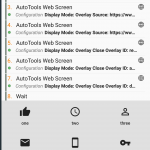 A sheet of buttons that can be used as a dialog or overlay.

A transparent overlay that can be swiped to send out commands. In this example it’s being used to bring out a Card List based app launcher

Like these, any other screen type can be created and be easily used by anyone with minimum setup!

Historically it’s been really hard to parse web pages in Tasker. No more! HTML Read uses the power of CSS queries to enable you to get any info from a web page very easily!

AutoTools does everything it does without needed root access, but sometimes some stuff really needs root to work. That’s why I’ve created the new AutoTools root only add-on! I plan on adding more and more root-only stuff to it in the future! 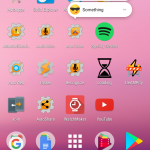 You can now set Android 7 app shortcuts on the AutoTools icon on your launcher so it can show whatever you like depending on the situation you’re in! You could show a bunch of options when you’re at home and a different bunch when you’re away for example!

By making AutoTools your launcher you can then dynamically decide which real launcher you want to show! This allows you to have different launchers for different situations!

You get Wake On LAN, Force Bluetooth connection, Media State condition (react to music playing),Network Traffic, System Info and much more! All in the new AutoTools! 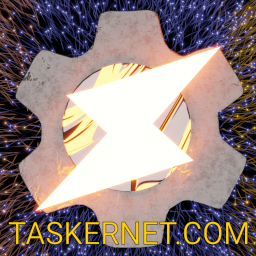 Tasker finally has an official list of projects, profiles and tasks that everyone can access and easily import! 😄 Check out how […] 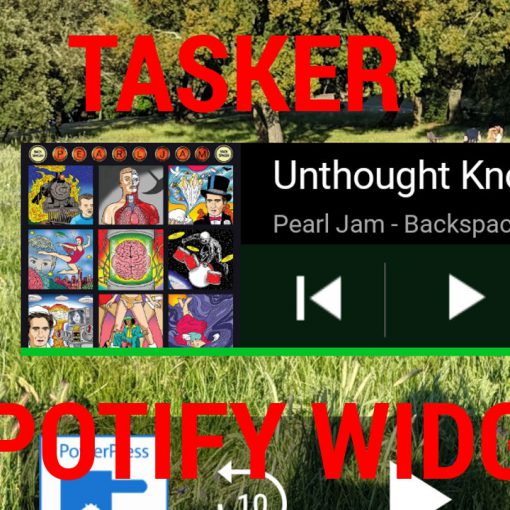 Recently Spotify decided to remove their Widget for whatever reason. Luckily with Tasker you can bring it back! Check it out! Just […] 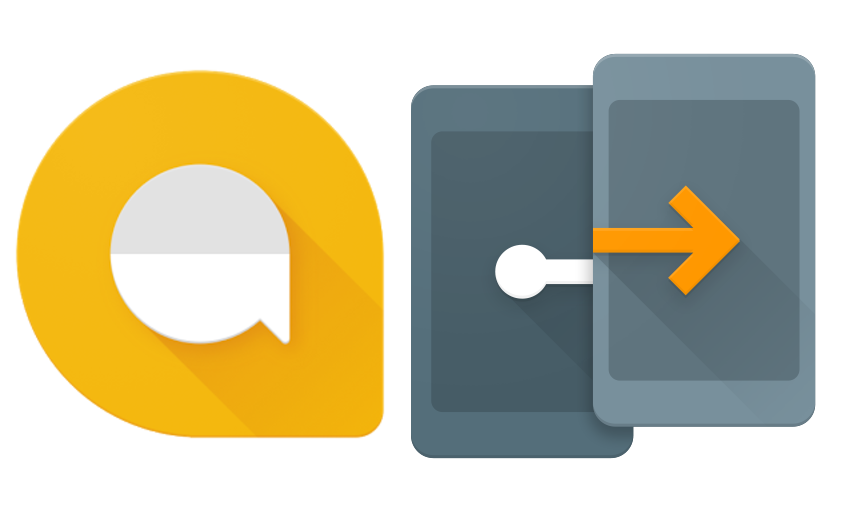 Google just released their new 2.0 Allo update and with it came direct reply from the notification itself on Android 7 and […] 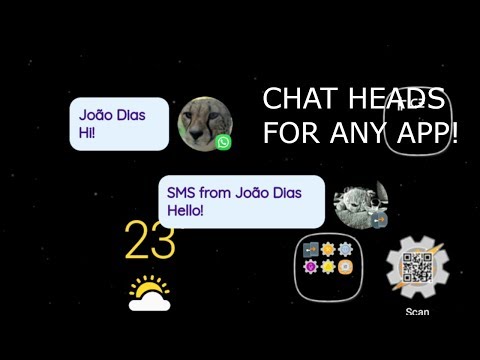